Remember once upon a time when I started "Tough Chick Tuesday"?  Yeah...it is a memory for me too.  Well, better late than never, right?  Here is the next installment of "Tough Chik Tuesday."  Enjoy!
So when I first saw the post on Team Tough Chik by Tonia from Racing With Babes I glanced over it and moved on.  I mean really, me tough, I think not.  So I contemplated on it for a few days.  There was a part of me that really wanted to join.  I wanted the opportunity to meet other women who run, cycle, and much more.  Perhaps even the opportunity to meet other moms like me.  I live in a smaller town where the population of moms who run is pretty low and I also have a crazy schedule and am often unable to get out there and join others on runs.  So the question came to be, am I tough?
So I had a Stuart Smalley moment, remember him from the Saturday Night Live days?  If not check him out on You Tube.  It is priceless.  My moment did not take place staring in a mirror though.  It took place sitting on a bed looking at my many journal entries through the years.  The answer finally came to me that I was indeed tough.  You see I am a survivor.  Running was introduced to me in my late-teens after a traumatic experience in my life.  That moment alone would take a whole two blog entries.  A counsellor I saw introduced me to running as a therapy for my depression and post traumatic stress disorder.  It is truly amazing how running can literally lift your spirits up and clear your thoughts.  I would run and my mind would open up.  Fast forward many years through 3 suicide attempts, marriage, two children, and then the final moment........the loss of my father to an aggressive primary brain cancer in 2007.  I had 210 pounds sitting on my 5 foot 4 frame and I had stopped taking my anti-depressant medicine because I wanted to be able to fight the battle without it.  My husband was my biggest supporter in all of this.  He has stayed by my side through every tough moment and never told me I could not do it.  He believed in me before I believed in myself.  The loss of my father changed me.  It was a change I needed though.
For many years I had stopped running, but when my father passed away I knew that had to change.  I was overweight and I have the lovely genetic gift of high blood pressure from my mother and father.  I knew I had to run again, but that I had to take the journey on my own or it would not stick.  So one day I threw on my running shoes and went out the door.  My first run I literally did two miles of walking and running intervals.  I felt awful.  I kept thinking there was no way I could keep doing it, but I did.  Then I signed up for the 2010 Disney Princess 1/2 Marathon with a friend of mine.  That was the big kick in the butt for me.  I had a goal and I was going to do it.  I was going to beat that little voice in my head telling me I was not good enough or that I was too fat.  When the race came around I ran it proudly.  My time was not wonderful, but I did not care.  All that I cared about was the fact I had been out there on my own and had trained myself to fight against the little voice.  I crossed that finish line with my arms in the air and an enormous amount of pride.  At that time I weighed 180 pounds.
Forward to present day.  Running has given me the greatest gift and that is the ability to stop that voice in my head that likes to bring me down.  I have finally been able to see the person that those closest to me have seen for years and I believe in that person.  I am now in school full-time working towards my dream of becoming a Family Nurse Practitioner.  After over 13 years as a Registered Nurse I finally believe in myself enough to attain this dream.  I also found my reason for running.  In honor of my father and the children with cancer I have cared for in the past I now run to raise money for Alex's Lemonade Stand Foundation.  In fact in October I am running my first post-children full marathon and running it for the foundation.  I will be running the Marine Corp Marathon with my husband who has experience with it as he ran it in 2010.  I was given the most amazing gift with running and I intend to open it every day that I can.  I am never going to be the one out there trying to win, but I am going to be the one out there trying to bring a difference to the world with my running. 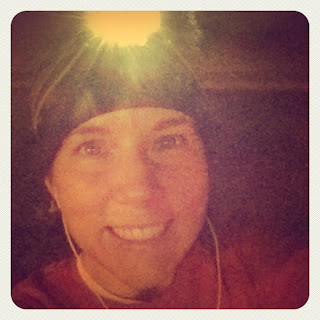 So am I tough?  Yes, I believe I am.  I juggle being a mom, wife, runner, full-time student, and full-time RN.  I now weigh 128 pounds and feel the best I have ever felt. I am a survivor in many ways.  I stand proudly because of the women I have become.  This life is amazing and I intend to embrace it with every inch of tough blood that runs through my veins.  I look forward to meeting the many amazing women out there who represent Team Tough Chik.  We all have a story that makes us the women we are and we stand proud. 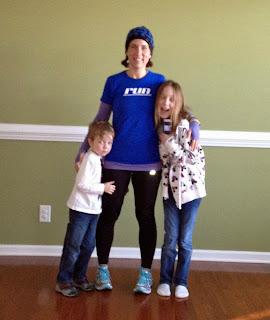 Wow!  Thanks, Jolene, for a wonderfully inspiring post!!  Check out Jolene's blog at Journey of a Canuck Mom on the Run.
Posted by Lisa at 7:58 PM 1 comment: