My short mileage this week had nothing to do with weather

I ran a total of about eight or nine miles. I was supposed to do a measly fifteen. Running while visiting family is HARD. We had obligations and kids to entertain and presents to wrap and meals to prepare. I am sure you all know the deal. I was planning on running this past Sunday after we got home, but after very little sleep and travelling all day with a toddler who had very little sleep, I sat on the couch and read instead. I didn't even unpack.

After a long day of travel last Monday (which included being diverted to Yakima, Washington, of all places, while the Portland airport was closed), I was ready to go for a run on Tuesday. I was actually pretty excited. It was in the low twenties and everything was covered in a soft blanket of snow. I layered myself up and put on my trail shoes. I put my iPod on shuffle and ran through my sister's neighborhood.

It was GREAT. I had a grin on my face the entire time. The footing was a bit tricky at times. And when a car came I had to run in the drift by the side of the road (which was, luckily, pretty rare because the roads were not suitable for driving). Thanks to my great Nike Trail Shoes and the cold, dry snow my feet stayed warm and dry. I was prepared for the cold and the only thing that was exposed was my face and the brisk felt good. I had a scarf in case the wind kicked up, but it didn't and I was very comfortable.

It was one of those perfect snowy days--quiet and white. For a while I turned off my iPod to run in the absolute silence that snow brings (not to mention very little traffic on the roads). When I turned it back on the shuffle brought a couple of Christmas songs which REALLY put me in the holiday spirit. It was probably the most peaceful time of my entire week. The song that came on as I turned onto my sister's street was the PERFECT ending to my snowy run (see below). The lyrics say,"don't stop me now... I'm having such a good time." The ONLY reason I stopped was because I knew that people were waiting for me to go to lunch. We ended up leaving later than planned so I really should have kept running and running. It was a glorious day.

My other run wasn't as glorious. I had to force myself out the door. Oh, what a difference a few days makes. It was raining. The roads were slushy and miserable. The temperatures were in the forties. My trail shoes couldn't protect my feet that day. My iPod locked up on me a couple of times. There were patches of ice on the sidewalks that made my footing even more precarious. I never appreciated people who shovel their sidewalks until that day. I spent a lot of time trying to avoid huge slush puddles. I was glad I went. I don't feel like quite a wimp anymore. My step sister gave me a pair of toasty running tights for Christmas so I was nice and warm.

I am back in San Diego. No excuses. The half marathon is in three weeks. I need to get back in the swing of things. But right now, I am going to go dig out my tail-gatin' stuff. We are off to the Pacific Life Holiday Bowl in a few hours to go cheer on our Mighty Oregon Ducks. Woo hoo!!!!! 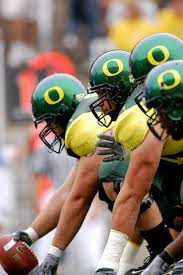 The peaceful fluffy snow run sounds great, the slushy/wet one... not so much. Good job for toughing it out though! You're now a member in the hard-core, cold weather, running club! :-)

It is hard to run with the family around. It's good that you got two runs in and the first one sounds heavenly. Good for you!

Congrats on the win! Go Ducks!

Wasn't it fun having a white Christmas for a change though? The melty days after, not so much! Hope you had fun at the Holiday Bowl, my boyfriend is a Duck (from law school only, does that really count? He seems to think so :) and of course that was the highlight of the day Tuesday. Good luck in your next three weeks of training. I feel like I have big "comeback potential"—meaning I need to make up for my lagging at the end of the year and the lack of real running during the two weeks of snow. (But the snow was worth it. And I never even consider hitting the treadmill—just hiked around town on my snowshoes.)

Congrats on becoming a member of the snow and slush club! I'm glad you enjoyed your initiation into it. Now, don't slack with your training schedule...I'm saying that in a nice, encouraging way. I'm jealous that you went to a bowl game, and glad to see your team won.Living in CT doesn't allow me to experience the bowl game atmosphere...keep on running, and enjoy your 60 degree temperatures (I'm so jealous).P.S. Love your family picture