You either love mud runs or you hate them. I think running in the mud makes me feel like a kid again.  It really never gets old. So that puts me in the “love them” camp. Is that any surprise?
This year’s Camp Pendleton Mud Run didn’t disappoint.  It didn’t have as many obstacles as the Gladiator Run, but there is something cool about running the muddy race that was around long before all copycat races out there.  And there is something doubly cool about running on Camp Pendleton, a major US Marine Corp base.
We ran this race last year.  Not really knowing what to expect, we all dressed in dark clothes that would come clean.  We didn’t even think about costumes or even dressing alike. Once we saw all the fun teams, we promised each other that we would be more creative the next year. 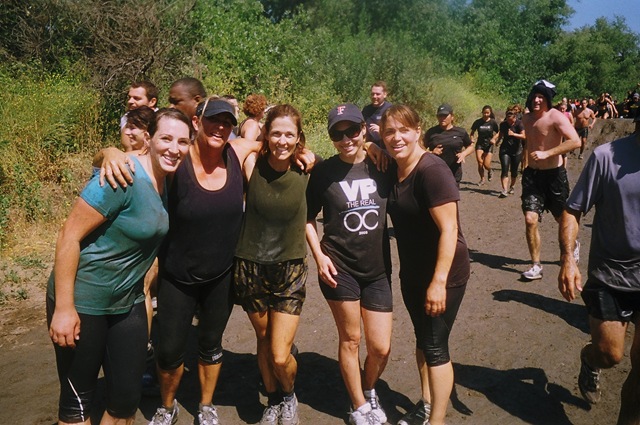 Here we are last year.
We decided to wear all white.  What better way to get fun before and after photos than find outfits that will get really dirty. But finding shorts and shirts turned out to be tricky.  We finally decided that white sundresses would be the easiest thing.  We could pick them up at Target or Walmart, they aren’t too expensive and they would be somewhat easy to run in.  I have to hand it to my brother…he got right into the spirit too! 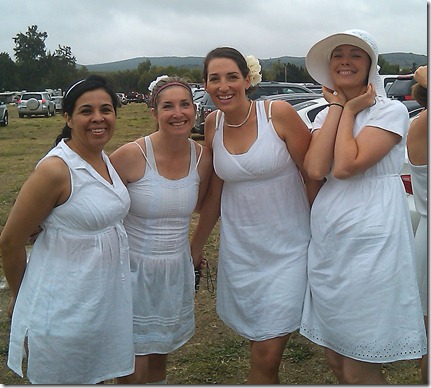 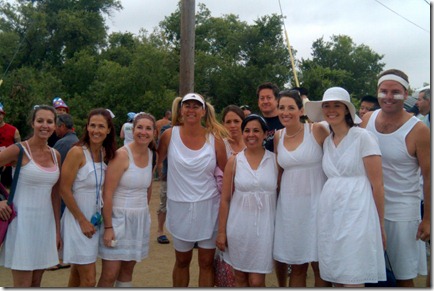 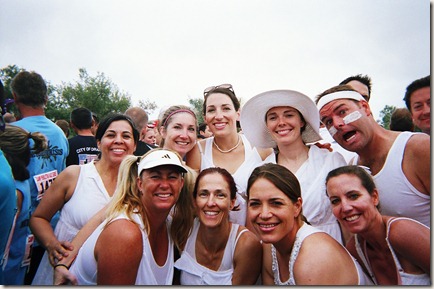 Whitney (in the sun hat) had never run a race like this.  You can see from her face that she was both nervous and excited! 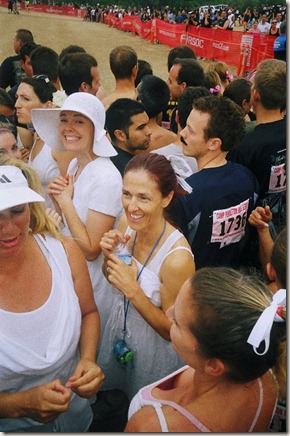 And Jason really got his “game face” on.  I guess the linebacker in him never really goes away. 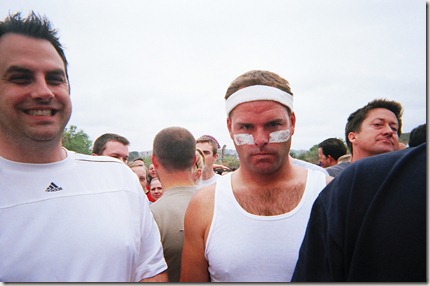 There is quite a bit of running before you actually see any mud.  We conquered the big hill so much better this year. 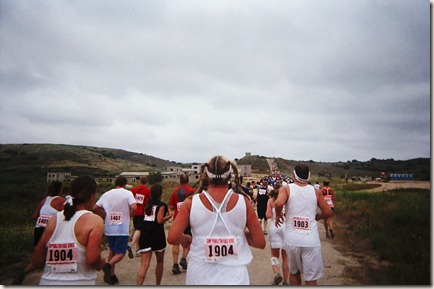 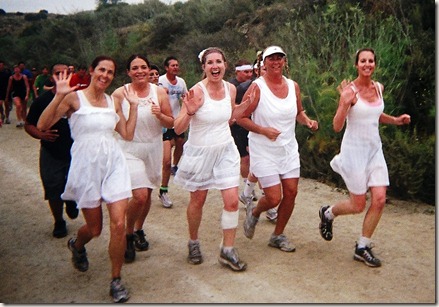 And then comes the MUD!  It really is a whole lot of fun!! 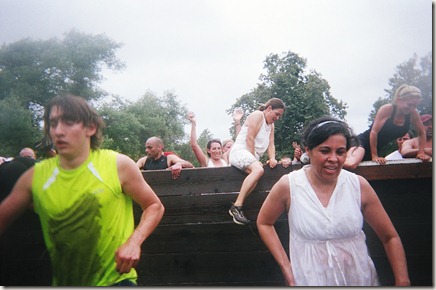 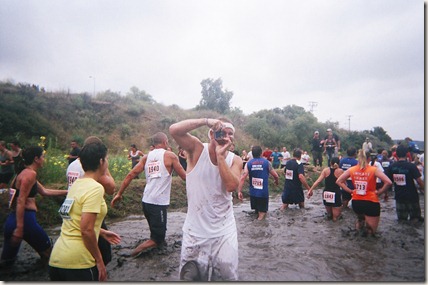 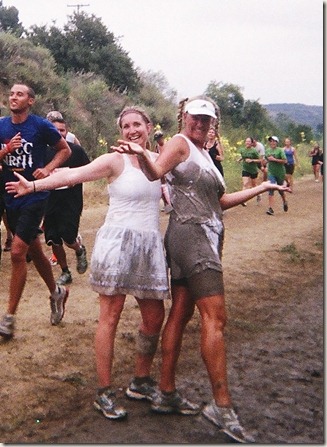 There is a lake crossing that is actually pretty deep.  In fact, this year there were lifeguards and they were announcing that if you couldn’t swim, you had to skip it and go back to where the trails meet up.  The water was six feet deep in places.  Yikes!  Imagine the chaos of a triathlon swim with everyone wearing clothes and running shoes! 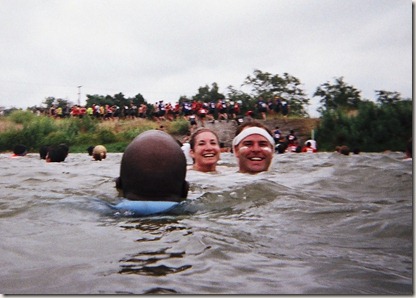 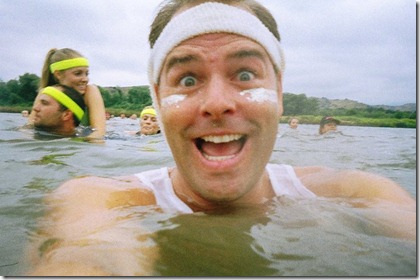 The white outfits really made it a “wet t-shirt contest.”  LOL 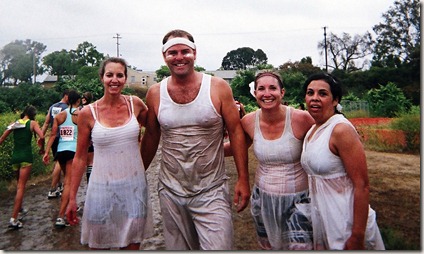 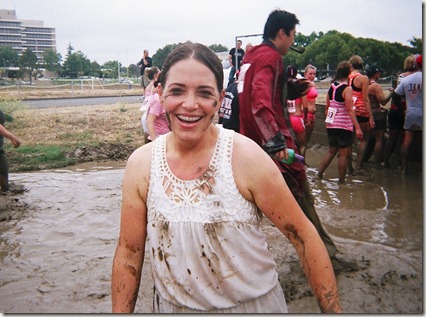 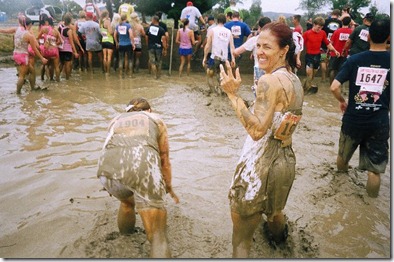 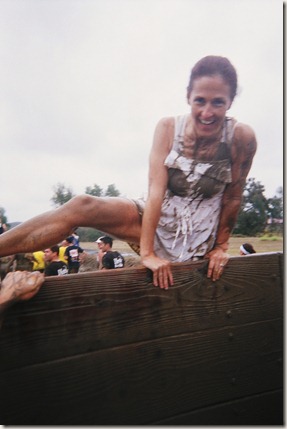 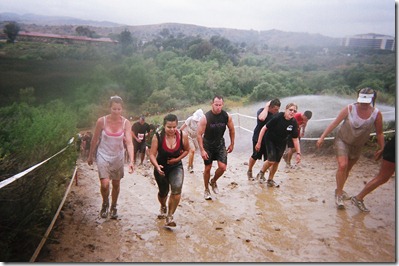 There were plenty of great team costumes this year.  Our favorites were the brides (yes…someone actually trumped my bridal idea and had DUDES wearing the wedding dresses.  It was classic.  Unfortunately, I never saw them after the race.  Honestly, I am not sure if they finished.  I saw them about four miles in and they looked like they were enjoying themselves right there. 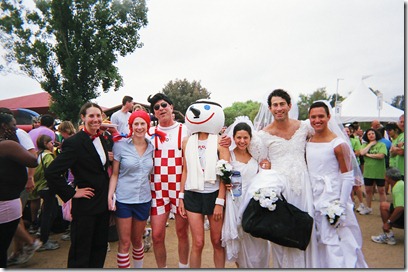 They also teamed up with Wendy, Bob’s Big Boy and Jack (not sure who the one on the far left is supposed to be)

We ran near a team with Willy Wonka and the Oompa Loompas! 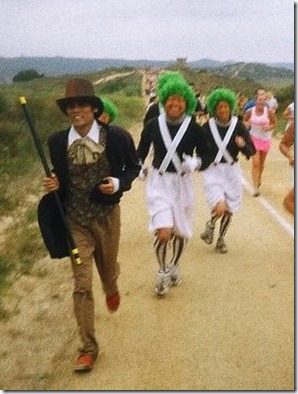 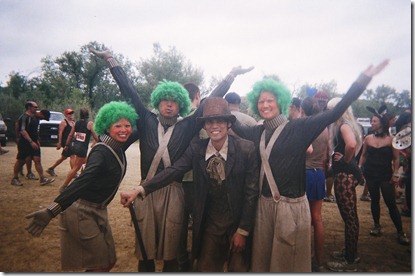 Both our teams finished the race with big smiles on our faces.  We had a great time. 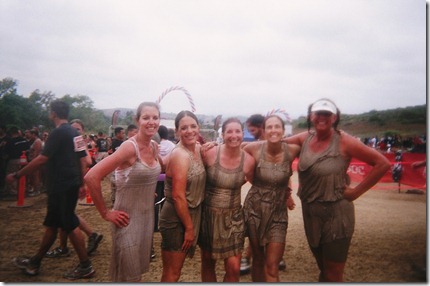 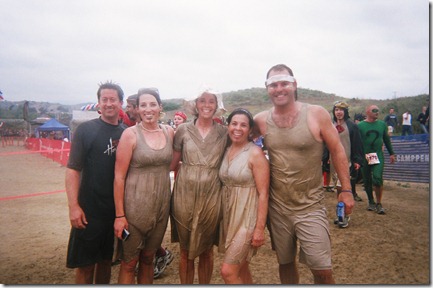 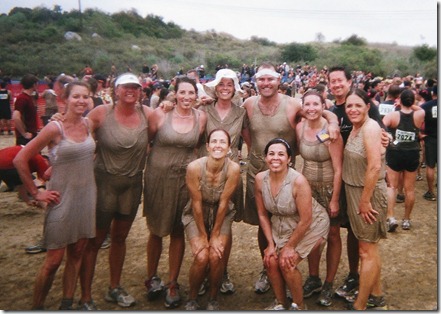 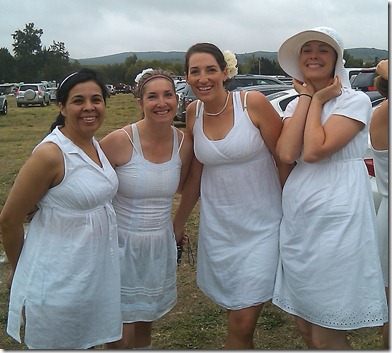 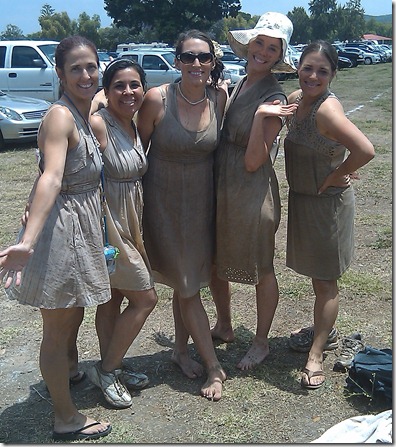 Several people asked me, “why did you wear white dresses?”   Why not???  How fun are these before and after shots?

If you have never run in the mud, DO IT.  What do you have to lose, besides some soap and a little dignity.

Don’t forget to check out my entry to become part of the Nuun Hood to Coast running team here http://lisasepiphany.blogspot.com/2011/06/i-want-to-run-hood-to-coast-with-team.html.    I would love for you to comment!  Thanks!
Posted by Lisa at 11:21 AM

I can't even emotionally handle the thought of a mud run - but when I read race reports like this and I have to admit it looks like everyone is having a really good time.

I am doing my first mud run in July, sooo excited! Thanks for posting all these great pics, I had a great time looking at them all. Good luck on Hood to Coast! Maybe we will be on it together. :)

These make me nervous...more than triathlon....I really want to do one though it looks like FUN!

Yikes! Idon't know which is far more beautiful those white dresses of yours before the run or the dresses soaked in mud. Argh, don't know what to choos but you guyz look pretty! Congratulation on surviving the mud run! SO cool!

You're all adorable in your white/not white dresses!
I found your post just doing a search on the race. I'm going this year as Grandma - just babysitting while my daughter, SIL and their team enjoy the mud/running.